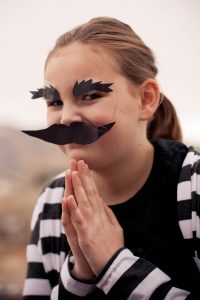 I was standing in our kitchen eating lunch with my 6 year old on a Saturday. I was eating chips and salsa while she was carefully pulling the crust off of her peanut butter and jelly sandwich.

This is a hard thing for a kid or an adult to think about. When you refer to yourself as “me” what exactly does that mean? Does “me” refer to my body that you can see? Does it refer to my mind–the part that thinks and gives me my personality? Is it both? Or is there even more to it? Spoiler: this article doesn’t have an answer, but there are some interesting theories for your kids to read and think about.

Here are some classical philosophical theories for the issue of mind and body:

René Descartes (1596-1650) believed that the mind and the body are very different things. They hang out together–like the Odd Couple or Bert & Ernie but they really aren’t much alike. Descartes believed that the body is made of matter (something that you can detect with the senses: see, touch, hear or smell) but the mind is not. Despite being so different, the mind can cause physical events in the body and the body can trigger events in the mind. This is called dualism.

There Is No Difference (Materialist)

Other philosophers, known as Materialists, believe that our mind is made of matter just as our body. So there is really no separation of our mind from our brain. It is our brain that does all the thinking and interacts with our body. Thomas Hobbes (1588-1679) called this interaction “matter in motion.” He thought of it like the game Mouse Trap. When a person has a thought, it triggers another physical response like turning the Mouse Trap crank which sets off a chain of events that drops marbles from buckets, down ramps and eventually ends with the cage being dropped.

How Important Is Your Body?

When my kids look at me, they see me as their 6’1″ prematurely graying dad. They recognize my facial features, my klutzy movements and the sound of my voice telling dad jokes. It’s unlikely that they would mix me up for someone else. When they see me, it’s their dad–end of story. It kind of seems obvious that your body has a lot to do with who you are. But here are some questions to ask about how much your body is you.

Is It You Or Justin Bieber?

So maybe it’s the brain then that makes you who you are? Here is a thought experiment that is influenced by John Locke and Sydney Shoemaker (and maybe the movie Freaky Friday). Let’s pretend that you and Justin Bieber are both in the same hospital getting brain surgery. Both you and the Biebs are receiving the same new surgical technology which requires that the brain be removed from your body. With perfect precision, both brains are operated on and placed back in their bodies. But there has been a clerical mistake and your brain has been placed into Justin Bieber’s body and your body gets his brain.

Nobody realizes what has happened until you both wake up. You are surrounded by unfamiliar family members, don’t recognize your own hands and are super confused about how you got all these tattoos. Running out into the hall, you find your family members asking for selfies because they don’t recognize you–it’s Justin Bieber. Then everyone starts freaking out. You are desperately trying to convince them that it’s you which freaks them out because you know things about them that Bieber couldn’t know.

Unfortunately, your old body that has Justin Bieber’s brain in it dies. 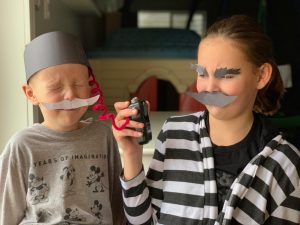 Let’s change the outcome of the brain surgery and say it was successful: each brain put back into the correct body. Instead an evil scientist enters the rooms while you and Justin Bieber are recovering. He has a machine that is able to copy the contents of your brain onto a computer memory stick. All of your memories, thoughts, likes and dislikes can be saved off perfectly. He saves the information from your brain and Justin Bieber’s brain. Next, he erases both of your brains and then proceeds to copy Justin’s brain data to your brain and vise versa.

So now, you wake up like you did before–in Justin Bieber’s body, BUT with his brain and all your memories, thoughts, etc.

It seems that what makes us our unique selves is more than just our bodies and more than just our brains. Find a picture of a parent at the age of 2 and then another picture at the age of 30. Put them side by side and it seems ridiculous that both are the same person. There might be subtle hints that the 30 year old was once the 2 year old but physically there is hardly anything in common. Most of the cells from the 2 year old have died off long ago. Their personalities would also be virtually unrecognizable with one throwing a tantrum about getting candy and the other crying in front of a TV watching a romantic comedy.

Here are a few final things for your kids to discuss:

Maybe who you are isn’t about being physically the same or even your mind (whatever that means to you) being the same as it was. Perhaps what makes you you has more to do with a continual history. You might be a collection of the slow evolution of traits that grow, change, learn and adapt. One thing is true, it is the present you and only the present you that shares this common, continual and unbroken string of existence.

The philosopher Heraclitus said: “Everything changes and nothing remains still … and … you cannot step twice into the same stream.” Like a stream that continually flows bringing with it new water, you are continuously changing and growing. You are that person in your baby pictures yet you are not the same person. Getting a true sense of self might be one of the great challenges in life…the key is to never stop asking great questions.